“Mark’s gospel looks back, it looks around, and it looks forward. It is about what God did through Jesus of Nazareth, continues to do (or still desires to do) among those who follow Jesus, and will yet do until Jesus comes again.”1

The kingdom of God was obviously important to Jesus, given the amount of time he spent talking about it. It is also a phrase that Christians tend to throw around. What does the kingdom of God actually mean? Is it heaven? Is it here? Through Mark, we find that the Jesus’ references to the kingdom of God are about the power of God in our current lives in order to establish the reign of God. But that leaves us with the question, when?

There are three main views of when God establishes the kingdom.

Mark holds to the third view (Mark 1:15). In Mark’s gospel, the kingdom of God is already coming throughout the life of Jesus. There are glimpses of hope and promise of what is to come.

In the miracle of the healing of the paralytic (Mark 2:1-12), sin and sickness are closely related. Was the man paralyzed because he was sinful? Is sickness related to sin? Many people have and still do believe so.

We suffer in a fallen world because we are a fallen people. In some parts of Scripture incidents of sickness are directly related to sin and sometimes the suffering is viewed as divine judgement. However, Scripture denies that ALL suffering is directly related to a SPECIFIC sin. (see the book of Job; John 9:1-3; Luke 13:1-4). In Mark 2:1-10, there is no firm connection between the paralytic and his sin. The issues of sin and forgiveness are not usually raised when Jesus performs a miracle.

These additional notes on the Gospel of Mark are taken from the Believers Church Bible Commentary written by Timothy J. Geddert. 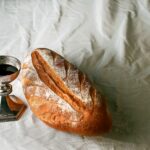 Abba, Father, he said, “everything is possible for you. Take this cup from me. Yet not what I will, but what you will.” (Mark 14:36). Fast facts The two key terms that Day and the Hour (in Greek) are names for the End more than the reference to its exact timing (13:32). The four watches […]

“Every time the people from Jerusalem come to check up on Jesus, they prove they are as out of step with him and his views, as he is with them and theirs.”1 Fast Facts Mark 11:11 is the first time the temple is mentioned in the Gospel of Mark. The group that comes to speak […]

“D. McKenna refers to the “darkest days of American Christianity” when “liberals” and “conservatives” divided up and prioritized “social” and “spiritual” ministries. Mark is surely calling his readers to see the need for faithful ministry in word and in deed, whether that be teaching or admonishing, feeding or healing. When the tasks seem to great, […] 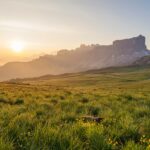 “Jesus’ commitment to the ministry is on the run, as he meets pressing needs without losing sight of the larger picture.”1 The Kingdom of God is not a matter of talk but of a power In Mark’s gospel, Jesus’ words and deeds are always connected to reveal the authority and identity of Jesus. Last week, […] 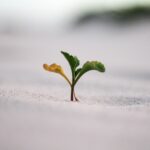 “Jesus will no longer battle a religious system… He will define God’s faithful people as those who gather around himself. A religious system gives way to a spiritual family.”1 Fast Facts In Mark 4:37-39, Jesus falls asleep while the disciples are worried about drowning. If one thinks about it, sleep can be the wrong response […]